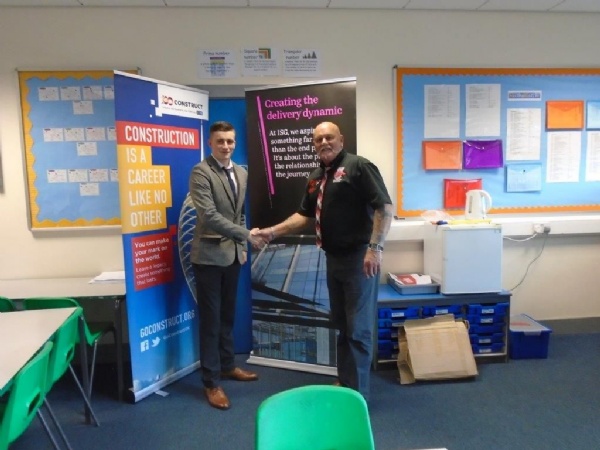 Jordan Williams left us last year to start as a  trainee project manager with ISG, he came back to PHS part of the World Of Work Programme to present construction careers to our students.

Jordan has alos had a very prestigious mention in the Roll of Honour – Celebrating #DianasLegacy.

To celebrate #DianasLegacy in this very special 20th Anniversary Year,  we have published a full list of Award Holders from the academic year 2016/2017, on our website and to international press for Princess Diana’s birthday, 1st July. To View the press release please follow the link below: