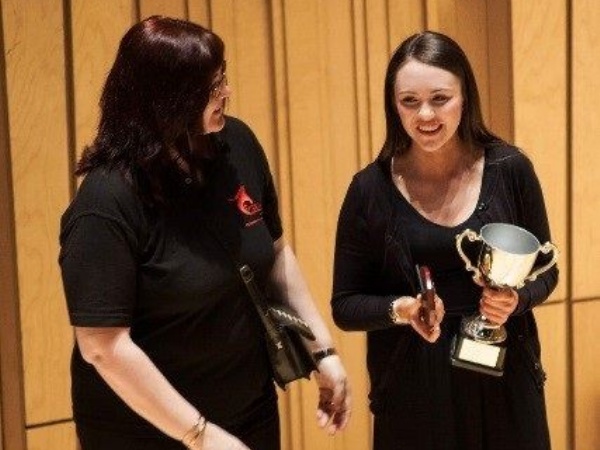 Please enter an introduction for your news story here.

Amy Herman, an A level music student at Pontypridd High School who has achieved a huge amount this year.

Amy is a Welsh champion. She plays percussion with City of Cardiff Melingriffith brass band. They won the area finals in March and will go on to the national finals in September to try and become British champions. She is a mentor in the Youth Band, coaching the younger percussionists, regularly giving her parts to them to encourage them to keep playing. She attends rehearsals every week, sometimes not even playing a note. This dedication and selfless action was rewarded with her gaining the accolade of ‘Youth Player of the Year.'

In addition to this Amy has also successfully gained a place on the National Youth Brass Band of Wales and gained a place at this year’s Summer Academy at the Royal Military School of Music in Kneller Hall, London.

Links with The Prince of Wales Division and the Kings Division have already been established. She regularly rehearses and plays with them in concerts. She has been to London to spend the day with the Welsh Guards. She hopes to join one of these on completion of her A levels.

Amy is also a member of the Four Counties Youth Orchestra, Wind Band and Brass Band. She attends courses and performs with these twice a year.

These are truly fantastic achievements and we look forward to see Amy flourish in the very near future.