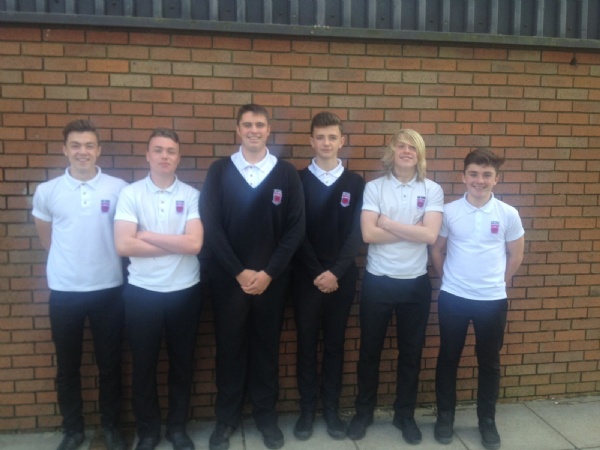 This year, six boys from Pontypridd High School were selected for the Pontypridd Schools District Rugby squad; Kieran Gough, Jake Morgan, Coby Wiosna, Morgan Davies, Ioan Evans and Rhys Howells. This is a great achievement as the squad is selected from all seven schools in Pontypridd area.

The team made it to the semi-finals of the Dewar Shield, playing Cardiff Schools District at Caerphilly RFC. The boys played extremely well and at half time the score was poised for an entertaining second half with Cardiff leading 15–13. Pontypridd threw everything at Cardiff and unloaded their bench, but in the end it wasn’t enough and Cardiff, using their powerful driving lineout to score 4 tries, eventually came up winners 27–13. Cardiff then went on to beat Llanelli in the final.

'Well done' to the six pupils from Pontypridd High School involved in the squad throughout the season. Their commitment to both school and club rugby whilst managing their school work has made them role models for younger pupils to look up to.

The rugby doesn’t stop here however. On Saturday 14th May some of the boys will represent the Pontypridd Schools District in a Rugby 7’s competition held at Llandovery. Then the whole squad is off to tour Poland on Thursday 30th June. Good luck for these upcoming events and for next year where the boys will trial for Cardiff Blues U16.