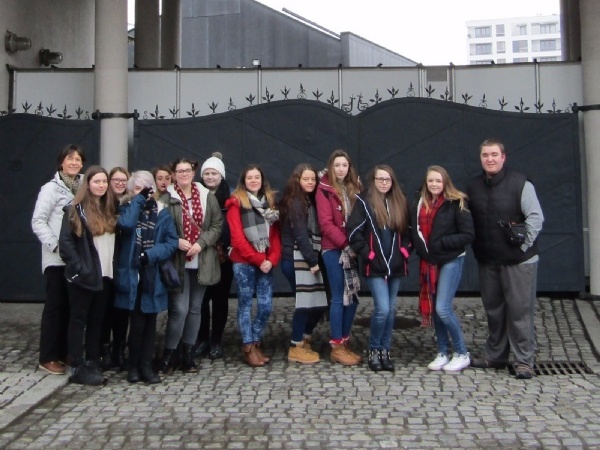 Eleven of our Year 10 pupils, currently studying Judaism, went to Kraków in Poland during the February half term. They were accompanied by Mrs. Davies, Head of Culture and Religion and Nathan Griffiths, Head of Pupil Services.

The group stayed in the Jewish area of the city, called Kazimier which was their base for four days as they embarked upon a journey of discovery about Jewish history and Jewish life in Kraków. The visit included a trip to the salt mines, the death camp Auschwitz - Birkenau and Schlinder’s factory which has been converted into an amazing interactive museum about Polish Jewish life during and after the second world war.

Krakow is full of reminders of the Jewish experience at the hands of the Nazis - parts of the ghetto wall still stands as does the villa belonging to the commandant of Plaszow concentration camp, Amon Goth who used to shoot Jewish prisoners from his balcony. There is the famous ‘Chair’ memorial built in the square where Jews were told to wait to be transported to the death camps and the courtyard from where Steven Spielberg filmed a famous scene in Schlinder’s List about the liquidation of the ghetto.

The group had chance to explore the centre of Kraków with its famous Market Square and experience authentic Polish food. Huge thanks to Tomasz our amazing guide, Piotr our coach driver who took us everywhere and to the pupils for being so well behaved. As always our pupils were a credit to themselves and our school. They were great company throughout the trip.