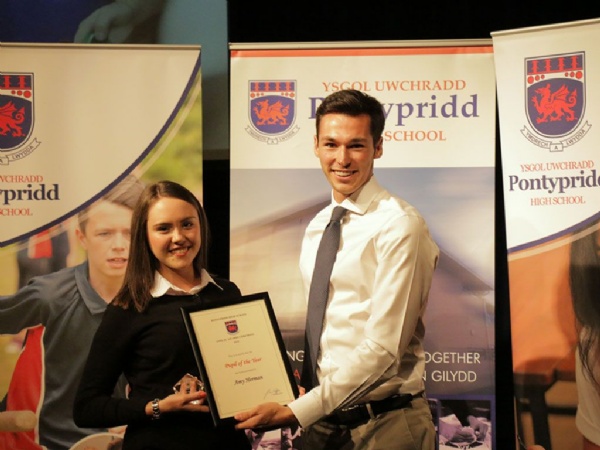 On Thursday, September 22nd pupils, staff and parents joined together to celebrate the achievements of the last year.

We were joined by a former pupil, Mr Bruno Sussat as our guest speaker, Mr Stuart Tucker Challenger Adviser and Mr Jon James and Mr Howard Davies from the construction firm ISG. The evening was a great success with so many awards to present. Amongst these were to Amy Herman our Pupil of the Year for 2016, Mrs Heather Young Non-Teaching Award and Ms Gabby Jones Teacher of the Year. We also celebrated awards for fantastic examination success in the summer at GCSE and A Level in addition to prizes for international sporting honours, attendance and in each subject area. Mr Jon James presented a Citizenship award to Jordan Williams for all his work in the local community and Mr Tucker to Sian Smith for her ‘Endeavour’ and perseverance through Year 11. After outstanding success at A Level, Joseph Isingrini is leaving us to begin his studies at Oxford University and he was presented with the ‘Outstanding Achievement’ award by Mr Bruno Sussat.

Since leaving Pontypridd High Bruno has achieved fantastic academic success at Cambridge University and is now pursuing a career with Ernst and Young which has already presented him with many new challenges and exciting opportunities. He was introduced by our Head Girl, Olivia Davies and Head Boy, Ben Gooding. His speech was very well received and he emphasised the importance of persevering through all those demanding times in order to be successful in school. He also reflected positively on his time at Pontypridd High and the support and encouragement he received from all staff. It was great to see Bruno again and we all wish him well for the future.

Congratulations also to all those pupils who also achieved great things through the year and made progress in many different ways. During the last week we held year group assemblies each morning to present certificates and recognise the work and commitment of so many others. Well done to you all.

Many thanks also to Joseph, Jocelyn and Samantha who played so beautifully for us all and the evening ended with Mr Bill Davies, Chair of Governors congratulating everyone for what they had achieved and thanking all staff and each family for their commitment and support. We look forward to celebrating all our achievements again this time next year!

A copy of the Awards Ceremony booklet can be downloaded here (pdf). 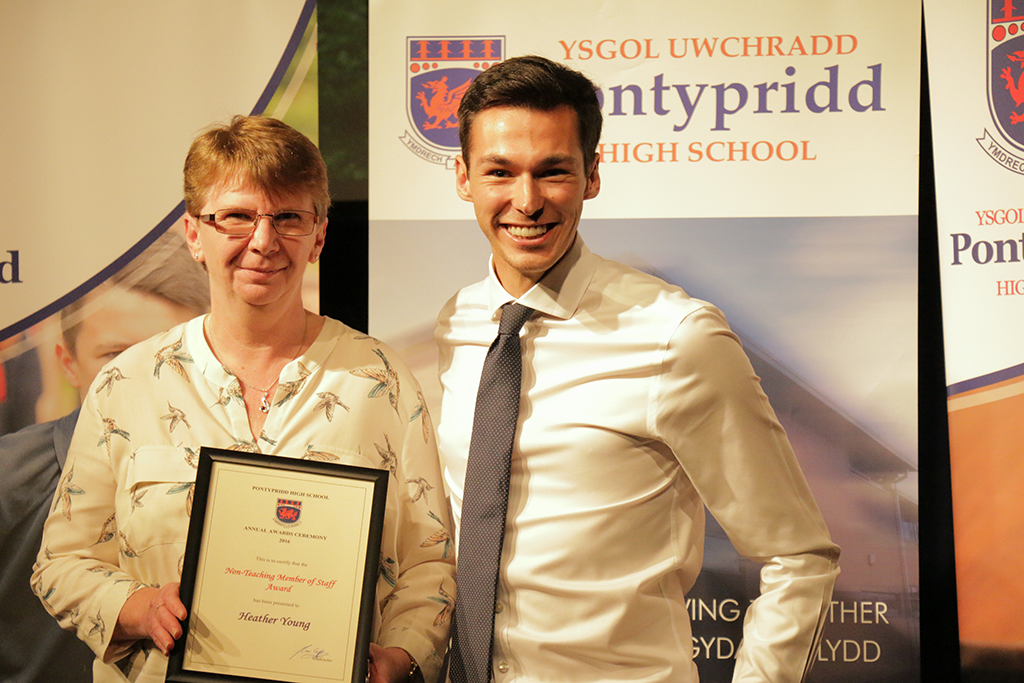 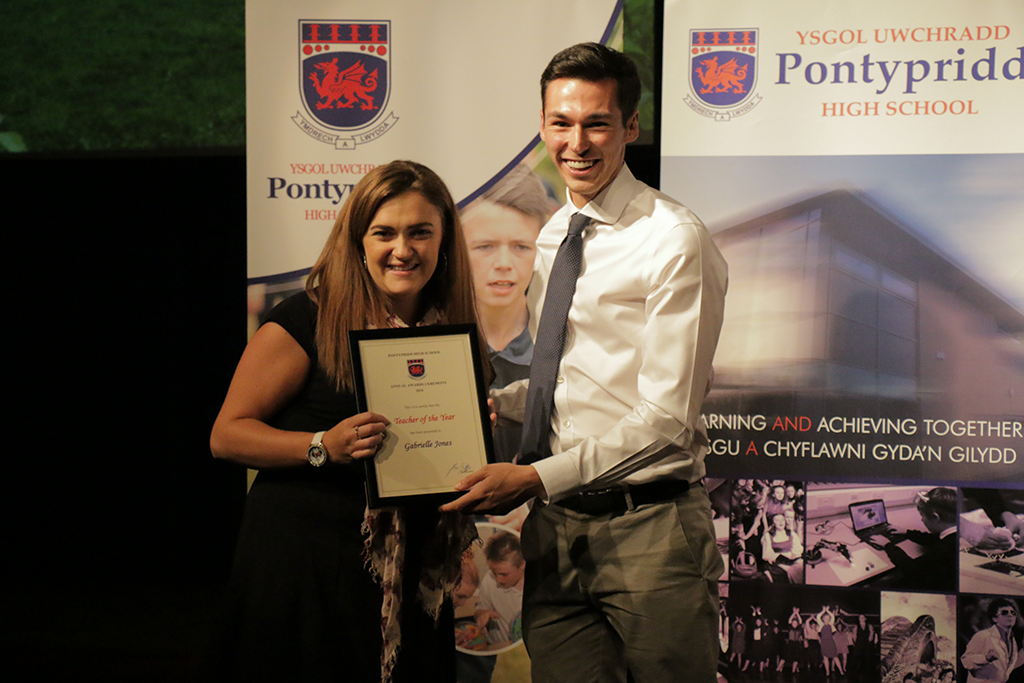 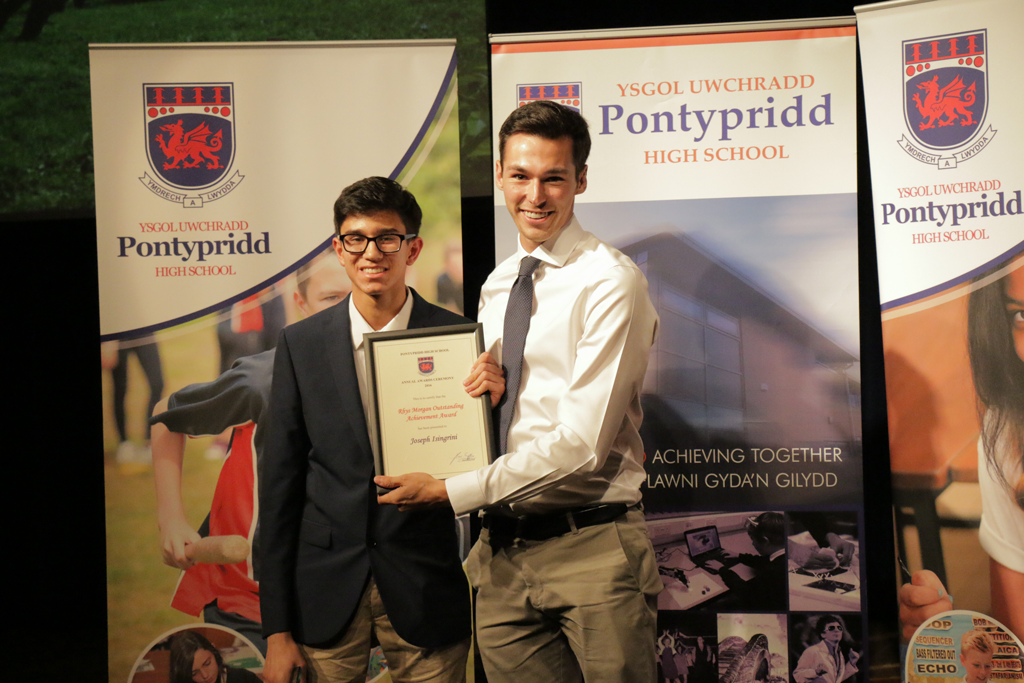