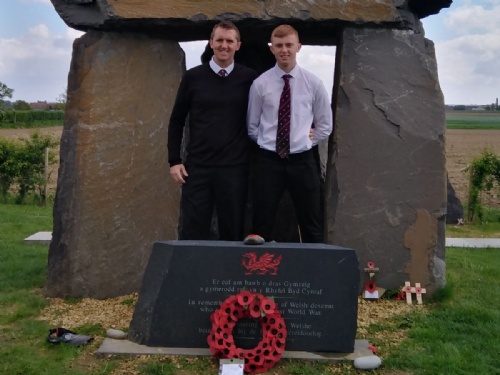 Pontypridd Schools Rugby Union Under 11s recently took 31 year 5 and 6 Pontypridd school boys to play in Belgium and visited various memorials around Ypres, culminating with laying a wreath at the Menin Gate during the nightly event where the last post is played.

Each of the players were given a Pontypridd soldier to research and pay their respects to when we reached Ypres.

Pontypridd High School sixth form pupil Dafydd Griffiths was one of the coaches on the tour and took a wreath to lay at the Welsh Memorial in memory of Lt.Glyn Rhys Morgan R.W.F a former pupil of Pontypridd Boys Grammar School.

They also located Glyn Rhys Morgan's name at menin gate along with another old boy, Morgan Griffiths, a poignant addition to a very successful rugby tour. 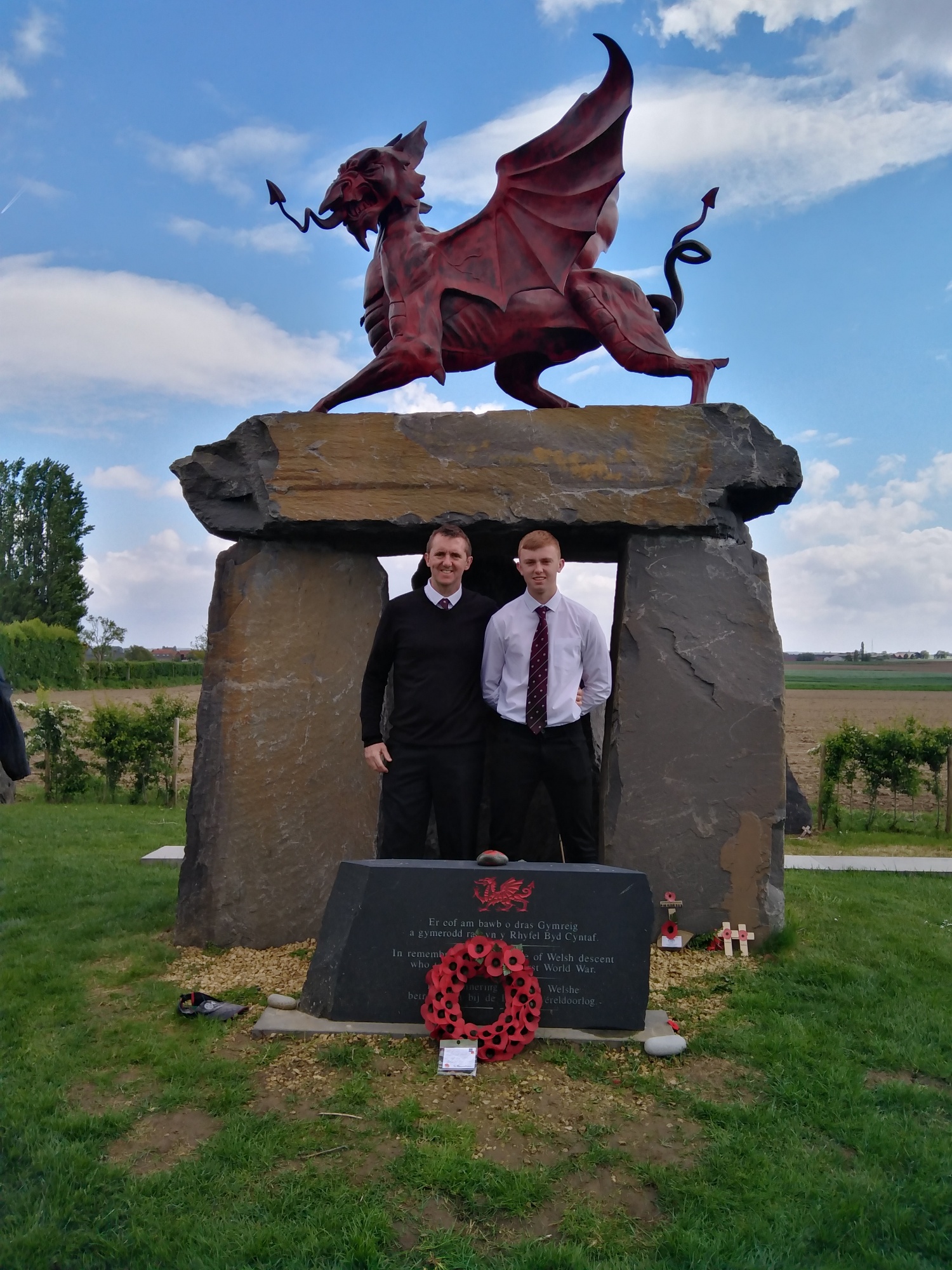