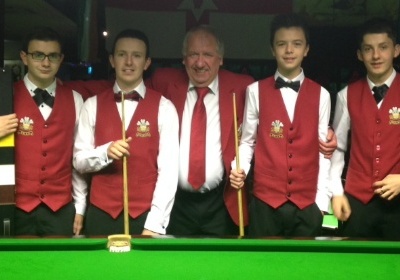 Dylan began his journey when he represented Wales U16 Pool at the age of 7. He then switched to playing snooker last year and began representing his country further. He went on to represent Wales U14 in Ireland in June in the Celtic Challenge and Wales U21 in Leeds in the Home Nations Competition.

He will be going to Russia in October for the U18 World Championship. What an achievement Dylan!  Well done.