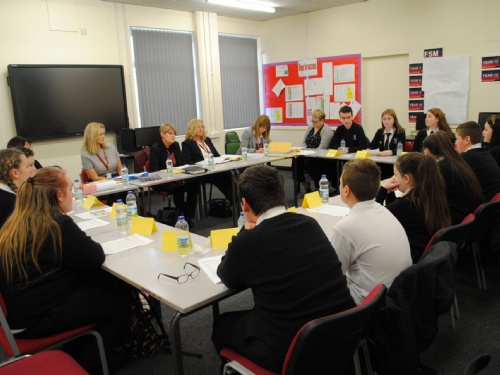 Pontypridd High School Student Council met with the Director of Education, Esther Thomas and her team yesterday to talk about the planned 21st Century School Re-organisation. They asked questions, raised concerns and represented the pupil voice at PHS. Following the meeting the Director praised the pupils for conducting themselves in a mature and confident manner.  Well done PHS School Council, you are excellent role models for our school.