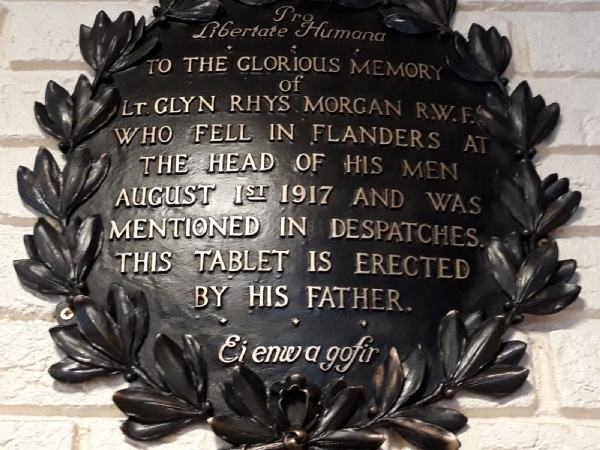 The pupils of 7T and 8T took part in a project to remember a soldier, Glyn Morgan, who was a former pupil of Pontypridd Grammar School. Glyn Morgan died in the Battle of Passchendaele when he was just 21 years old.

The pupils were very creative and made a variety of different memorials including, murals, freeze-frames and poems. The pupils work then became the last chapter of a film about Glyn Morgan called Futility.

On Friday 6th July 2018 we were lucky enough to receive an award and a prize of £400.00 from the Welsh Heritage Schools Initiative for the fantastic work the pupils produced. Sonny and Rhys of 8Y collected the award on the school’s behalf and were superb representatives.

We would also like to thank the Moondance Foundation for sponsoring our prize.