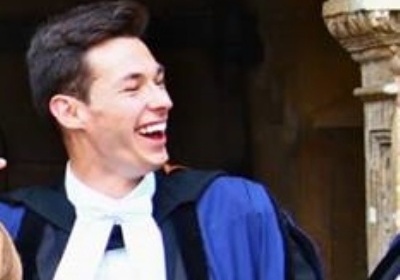 To mark the end of another term, we would like to report on a former pupil and his incredible achievement and hope that his story will inspire our pupils . Please read his own account of his progression after his time at PHS, he is a remarkable young man.

So the way that Cambridge grading works is a little different to most universities in the sense that each year is independently marked, and your overall grade is usually taken as your final year grade. It took me a while to adapt to the Cambridge way of learning. For the first two years, I studied all types of Engineering - Mechanical, Structural, Civil, Thermodynamics, Electrical, Information, Software, Materials Science and Maths - in order to build a solid foundation before specialising in my third year. I was lectured with 360 other students but received private tuition from my college, usually in the form of one-on-two supervisions. This experience was like no other and at first I felt really daunted at the thought being grilled for hour-long sessions by hard-core academics. I struggled through my first year, barely scraping a third, and ranking 13th out of 14 in my college. This was a bit of a reality check for me, having always been happy with my results in school, and it made me realise that I had to change the way that I studied in order to do well in this new environment.

As time progressed, I got used to the way of teaching and started to make the most of tuition rather than get scared of it. I chose to specialise in Manufacturing; a combination of material science, management and design. The course taught me how to take a concept to market, and how human and material principles are important when considering the creation of new products. I increasingly enjoyed my course and this reflected in my results. In my penultimate year, I achieved a 2.i (upper second class with honours) for my Bachelor’s degree. I finished my Master’s degree this year, obtaining a Distinction, meaning that I received a First Class Honours in both my examined work and industrial placements, where I carried out research projects for McLaren automotive and Porsche AG.

I was awarded the Catherine Yates memorial prize for academic advancement from Gonville and Caius College - a prize awarded to the pupil in the year who has improved the most academically throughout their time at Cambridge. Apparently I'm one of the few graduates to receive every grade possible (3, 2.ii, 2.i, 1) and luckily for me, I got I the right way round.

I really loved Cambridge. There was so much to do in terms of extra-curricular; sports, music, languages, talks from famous politicians to attend and debates with tabloid celebs including the cast of Geordie Shore. There were so many opportunities to grab hold of and there really was something for everyone.

Most of my extra-curricular activities were based in events. In my first year, I was elected year representative and Fresher’s rep. This involved representing the views of my year group as well as organising Fresher’s week for the next intake of students; club nights, pub crawls, quizzes, scavenger hunts, mentoring schemes and all the usual Fresher’s stuff. In my third year,  I was Vice President of the May ball committee, where we secured acts such as Duke Dumont and AlunaGeorge as well as encouraging participation from famous alumni including Professor Stephen Hawking.

The social scene in Cambridge is also great, contrary to the stereotypes. As it is in most universities, clubbing makes up the majority of social interaction and many a Thursday morning was spent in a self-inflicted state of numbness. For me, the social side of Cambridge was just as important as the academic aspects. I made a really good group of friends, most of which will be joining me in London next year.

I have a job at EY as of October, working within their consultancy department. Specialising in performance improvement, I will be part of a two-year graduate scheme, rotating around several disciplines including strategy, finance, operations and marketing and working within industries such as the public sector, oil and gas, products and services and defence. Having interned there last summer, I'm really excited to be going back. Hopefully, the next four years will be just as fun as my previous four, and even the 7 before that spent at school.

I'm really thankful for the support and guidance that was offered to me throughout my time at Pontypridd High School. I'm especially grateful to my A-level teachers (Mr T and Carter-Evans), Heads of Year (Mrs T and Mrs Jenkins) and form tutors (Mr Ripley and Miss Stickler) as well as the mighty Brencher and Mrs Cooper. Many of these have left the school now but hopefully their enthusiasm in teaching is something that is still prevalent at Ponty High.