Amelia and Harri get their First Degree Black Belt Certification 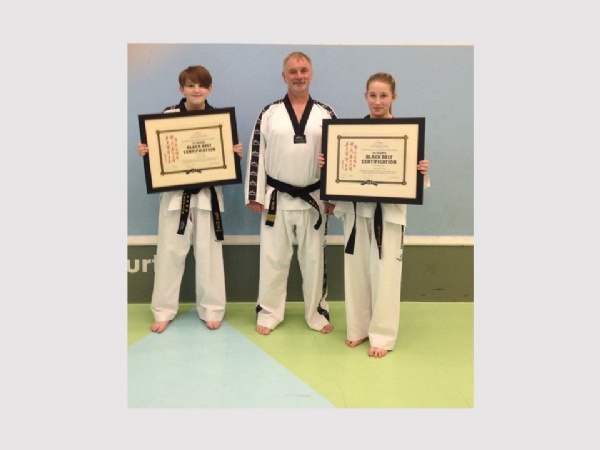 Congratulations to Amelia and Harri Ellis who achieved their Black Belts in Tae Kwon Do on 15th October 2017.

They belong to Master Steve Tottles Tae Kwon Do Club and train six times a week in different clubs. Regular training and dedication have allowed them to progress through their belts at an impressive speed, despite Amelia breaking her foot and having other accidents in sporting and leisure activities.

Amelia and Harri started their sport at the age 4 and began competing at 6 beginning at a local level through to national and international level, between them, they have over 50 medals and trophies. They have even attended seminars with Olympic gold medalist Jade Jones and other high profile martial artists.

Some of last year's achievements were...

Silver and Bronze In World Championships.

This is a fantastic achievement both! We are extremely proud of you here at Pontypridd High School and look forward to following your future progress.